There have been a lot of changes the last few months with Facebook, and nobody understands that better than us! The biggest, of course, is that Facebook removed Events from their API, making it so that no third-party apps like ours could post to them anymore (at least for the moment).

Even though that really seemed like a disaster at the time for some of our users who were used to using events, in the end, it has opened up a whole new world with, of course, groups for parties for those who have taken the time to learn the ins and outs of it.

What we’ve seen in the last few months is most people switching to using groups so that they can still take advantage of all the benefits of using automation software like PostMyParty. And along with that, we’ve had many reports of people having even more success in groups than they did in events. You can learn all about that in this article.

There’s a lot to why that is. The reality is that Facebook has changed a lot of things about groups recently, and many of the things that people used to believe about groups are just not applicable anymore.

There are really two types of groups out there right now. There are the personal groups that have been around forever and you’re probably familiar with those. But there’s also the newer “business page groups”, which is where things get interesting.

So what we’re going to do in this article is break down why this is so important.

First off, we are hearing from a lot of users that they are much more successful using business page groups versus personal groups and even events. I think that there are many reasons for this, and they all have to do with the Facebook algorithm that determines who sees posts.

It’s been said that Facebook takes into account over 100,000 factors in their algorithm, and that might be true, but there are certainly some big ones that make a difference.

For one they take into account your relationship as the one posting content to the person who might see the content. For example, if you are friends with a person on FB and in the same group, then it’s way more likely that you’ll see their posts than if you weren’t. But that’s how it works with personal groups.

Now one thing to keep in mind is that FB has made a huge investment into groups in the last year. If you compare the number of features launched for groups with events, it almost looks like events haven’t even changed. They want group content to be seen. In my personal feed for example, about half of the posts that are shown to me are for groups that I am in. Facebook does this with every new thing they find. Facebook Live for example? They boost those posts over regular posts because they want that feature to survive on their platform.

So one of the brand new features Fb launched is the ability for pages to join groups, not just as the admin of the group, but as an actual member of that group. So they can post, comment, and like just as if they were a regular personal account. So Facebook WANTS pages to be interacting with groups. That tells us that FB is boosting that feature and could be one of the main reasons that business page groups are working so well for many people right now.

There are many other benefits of business page groups over personal groups as well and I’ll put a few of those here because most people don’t know about that.

One is that scheduled comments work if you use a business page group. About a year ago, FB disabled scheduled comments for personal groups, but not for business! That feature right there is hugely important. Why? Because you want to put links in the comments, not in the body of your post, since FB pushes posts with links down in feeds. This has been well known for a number of years now. There are a lot more uses for comments scheduling as well but that’s definitely a big one. You can schedule comments on your posts using PostMyParty, in fact we were the first company in our industry to offer this feature! This feature works with templates too, so when setting up your templates you can create scheduled comments on the posts as well.

Another thing specific to business page groups is that it removes the app branding. When using an app like PostMyParty to post into a personal group, if you look really closely, you might have noticed that it says “PostMyParty” near the top. This is because Facebook made a rule that they want people to know where the posts are coming from. Now I don’t really believe that any of the guests care or even notice that. But, over the years we’ve had many users ask if that could be removed as they want the posts to appear as authentic as possible. Well guess what? That rule doesn’t apply with business page groups! There is no app branding at all.

Here’s another thing about groups that you might not know but can make a huge difference for you. One of the challenges is getting customer engagement right? Maybe you make some posts but you don’t see anyone liking or commenting. Maybe you assume that Facebook must just not be showing them the posts. Well, Facebook groups under about 50 people have a great little feature, they actually show you who saw the posts. It will say “Seen by 5” or “Seen by everyone”, if you click that then it will pop up and show you exactly who saw your post. This is incredibly valuable information to have, and here’s why.

Suppose you are making posts but you are getting few likes or comments. But you look down at that little indicator and you see that a lot of the guests actually did see the post. What does that tell you? It means that there is something going on with your posts, maybe it’s the message text, maybe it’s the image, but something is going on that is making them not want to engage. That might sound like bad news, but it’s actually good news. The reason why is that now you know what the issue is and you can start to address it by improving the content of your parties rather than just assuming that it’s because FB isn’t showing your posts to people.

Learn more about how you can increase your post reach in this article.

The way that privacy options work with business page groups is also a lot different than with the events. With events on your page, the only option was to make the events public. A lot of people didn’t like that as they wanted the content posted in the event to be private and only seen by the people actually attending (makes sense right?). Various DS companies for example have rules about that. With business page groups though you have a lot more options, you can make your group closed or secret so that only those people who join the group see the content within the group.

There are so many more things about groups that I would like to tell you about, like the new units feature for example, but as you can see this article has already become quite lengthy.

You can learn more strategies for your group party in this article.

I hope that you see now that business page groups have huge potential, and if you have started using and mastering them yet then now is the time! 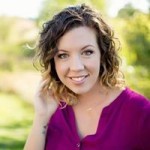