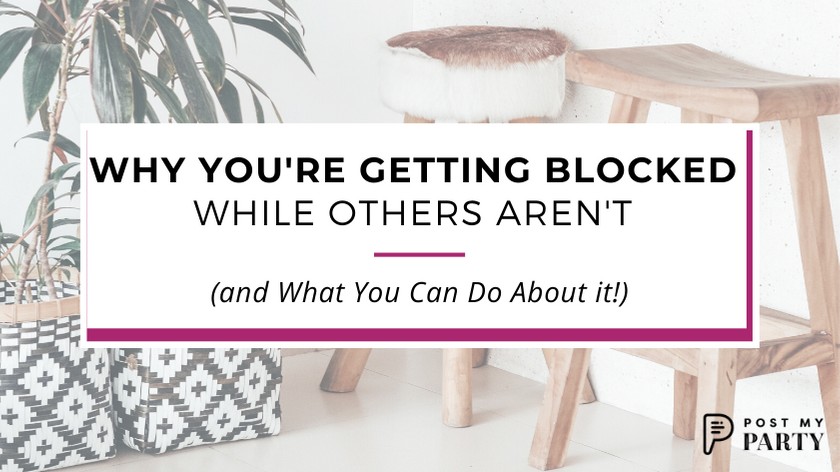 Getting blocked is the number one most annoying problem there is when it comes to hosting your parties online. For most of our customers, this never happens, but for some, it seems to be an ongoing problem. The good news is that since we’ve run over a million parties through our software we can just look under the hood and see what’s going! So you have to ask yourself, why do 9 out of ten of our customers have no problems with their online parties while 1 out of 10 has tons of problems?

In this article we are going to break down why this happens, and what you can do about it. If you follow these simple strategies your success will accelerate, and you can leave your party posting woes behind!

Why Do Blocks Happen?

To get started, let’s talk about why a post gets blocked in the first place.

If you imagine the size and scope of Facebook and the numbers of posts that get posted to their site on an ongoing basis this will start to make sense. In the first quarter of 2019, Facebook reported that they have over 2.38 billion monthly active users.

Monthly active means that those are users that are actually logging into the app during that month, not simply old user accounts that have gone stale. So you can imagine the enormous stream of posts going on to Facebook at any given time. Gizmodo, the popular tech site, reports that there are over 300 million photos uploaded per day!

So the vast majority of those posts are made by people just like you and me in legitimate ways and for legitimate purposes. However, there are some people who abuse Facebook by spamming.

Facebook has advanced algorithms that are put in place to monitor this massive amount of posts and weed out what appears to be spammy posts. When they identify a spammy post, that results in a block.

Why Do Corporate Images Make This Problem Worse?

Do you know those lovely social media images that corporate produces for you and distributes to hundreds of thousands of their people?

Well, most people, like you, use those in legitimate ways, by posting parties into groups that they are an administrator of who kindly invited people to those groups.

However, there are a ton of people that take those same images, and just spam them into random groups that are not their own. They might take those same images and post them into multiple random groups at the same time with the thought that maybe they’ll get some sales from that. The truth is actually the opposite, those posts will be marked as spam instantly by the admins and members of those groups.

And that is basically what happens on Facebook. Periodically Facebook will adjust their algorithm and block a lot of this duplicated content that they have flagged as spam. This content usually turns out to be the images that are produced by corporate since so many people end up using those. It can be other images though too if they are widely spread around.

If you are posting that same content into the groups you are an admin of, Facebook doesn’t care that you’re the admin and that the people in the group have opted in to see that content by joining the group.

How have they determined that the post violates their community standards? Well, it’s not because a human is actually looking at the post and thinking about the situation. Do you remember how many images I told you were upload each day? It would be impossible for them to do it that way.

It’s that their algorithm instantly detects that that content has been marked as spam before, and you are just getting caught up in it as an innocent victim. If you actually look at Facebook’s official Community Standards, you won’t find anything in there saying that you can’t post parties or other promotional content into groups that you are the administrator of. It’s simply that some of this widely shared and copied content gets abused and ultimately flagged as spammy content.

This is why it’s absolutely critical that if you want to have long term success with Facebook parties that you take the time to make your parties unique. And by unique I don’t mean downloading the same images from corporate and putting them in a different order in your party.

By unique I mean that each image you post needs to be created by you. At the very minimum, you should place your own personal brand watermark on each image you post in your parties. You can use a tool like Canva.com to do this easily. Learn more strategies for using images by checking out this article.

All of the text in your posts need to be unique and created by you. If you receive a shared template from someone, then take the time to edit those images and change up the text and make the party your own.

If you share a template with someone, even though we tell them in the email they receive to do so, you should also tell them that they must make the effort to make their template unique before using the template in a party.

If you need help creating your own unique party script, we have the best party format info in this article.

This is actually to your benefit in a number of ways. Facebook encourages unique content created by people.

Your post will see much higher visibility if it is something that is unique and engaging vs something they’ve seen posted a million times.

Think about the cool meme’s that go around. So many people share those that if Facebook showed them all to you that’s all that would end up appearing on your news feed. The same thing happens with all content on Facebook, if it is widely shared and not unique it gets pushed down on the news feed and people won’t see it.

So if you are posting a few parties a week at different times of the week then the above will help you out tremendously.

Space Your Parties Out

There is another element to this situation that is worth talking about. We have some users that like to batch all their parties up at once.

So let’s say they have 5 parties for the week, they will schedule those all to happen at say 7PM on a Thursday. That’s all fine and dandy. However, one of the things that Facebook looks at is if your account is posting the same content into multiple places at the same time.

Now again, these are your own groups where people have opted in to see this content by joining the group. But, Facebook’s algorithm isn’t smart enough yet to take that into account, so Facebook says, “Hey, somebody’s trying to spam a bunch of groups.” Even though your content is legitimate. So if you imagine that you are using the already spam flagged content provided by corporate, then this just exacerbates the issue.

But even if you are using your own unique content, we highly recommend that if you want to have multiple parties at the same time that you create multiple unique party templates, and offset the posting times so that they aren’t all going out at the same minute. Just space them out some. Even better, start your parties 30 minutes apart rather than all at the exact same time.

So, in a nutshell, if you want to scale your parties and not have any issues then all of the content you are posting needs to be unique to you, and if you are posting a lot at the same time then make sure you aren’t posting the exact same post multiple places at close to the same time.

Another thing that can get people into trouble is just posting way too much and way to fast. Ideally, you want to have a minimum of about 5 minutes between posts going out of your account to Facebook. There’s not hard and fast rule about this, but that’s the rule of thumb that works for most people.

Occasionally when a post is blocked Facebook will send us an error message that says “It looks like you were misusing this feature by going too fast. You’ve been blocked from using it.” So part of Facebook’s algorithm takes into account the speed of the posts you are making. They even tell you that in their main help article about getting blocked. You can read that here, it’s the first item on their list: “Why am I blocked from sharing on Facebook?“

The reality is that it actually takes very few posts to have a very successful party on Facebook. If you are posting every catalog photo from your company into a party, then you are just overwhelming your guests, and that strategy just doen’t work well. Here’s why.

Facebook takes into account the engagement level your posts generate when determining whether to show that post or notify people that you made it. The engagement consists of how many people are interacting with your post by commenting, liking, clicking on it, or even looking at it.

If you are posting catalog photos, which generate poor engagement, with each one you are basically telling Facebook that your content is not very good. Plus, if you are posting a ton of those people will just skim over them without engaging with them.

Your posts will then be penalized and get poor visibility in your party. That’s why you want to create posts that are very engaging, things like personal stories, activities, and so on.

Why Business Page Groups Are The Future

Last, I want to mention something else that is highly relevant, and that is business page groups.

We highly recommend that you use business page groups for your parties for a number of reasons, for example, you have the ability to schedule comments on your posts.

Plus, this is a business you are building right? You need to be using a Facebook Page to build your personal brand and business. Check out this blog post for more information on that: https://postmyparty.com/blog/youre-missing-out-if-you-arent-using-business-page-groups-heres-why/

What’s important to remember is that we have thousands upon thousands of customers who are having parties without any difficulty, and now you understand the reasons why.

Trying to grow your business with Online Parties or trainings?

Now you can leverage powerful Online Parties without hours of work.

Get a Free 14 Day Trial of PostMyParty. 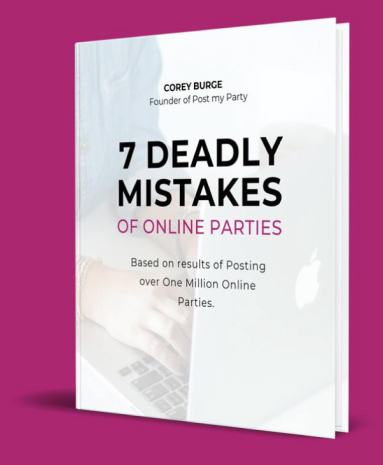 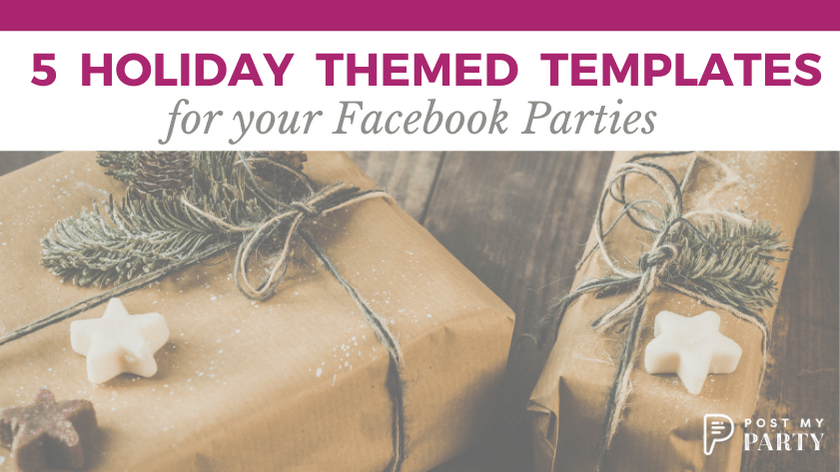 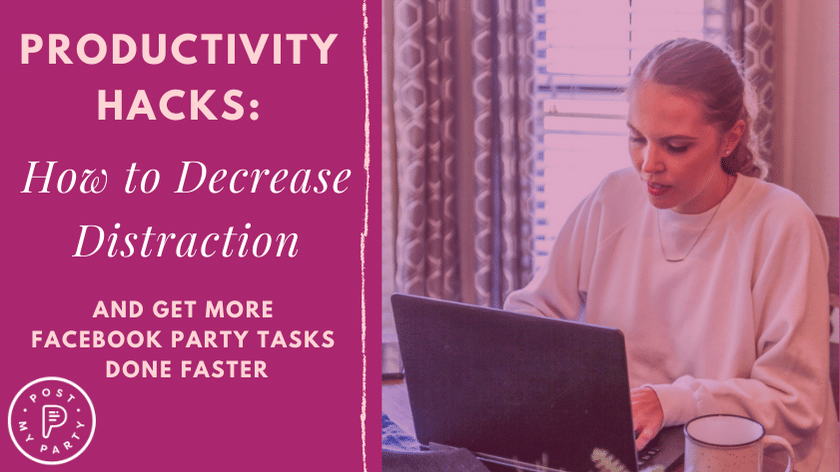 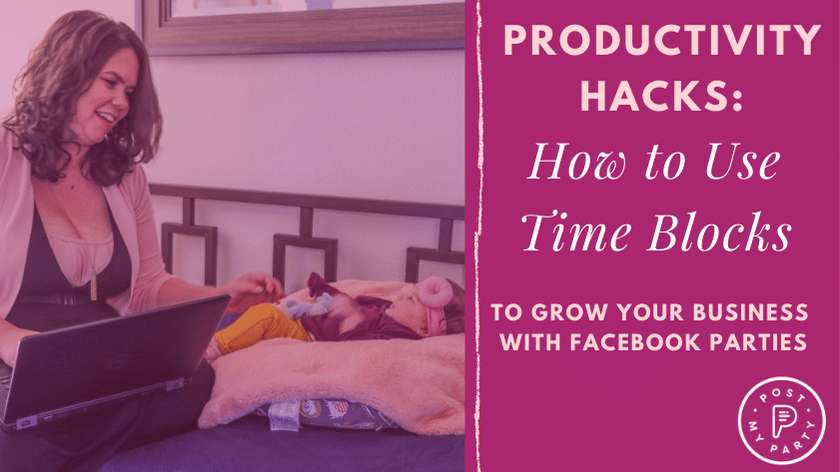 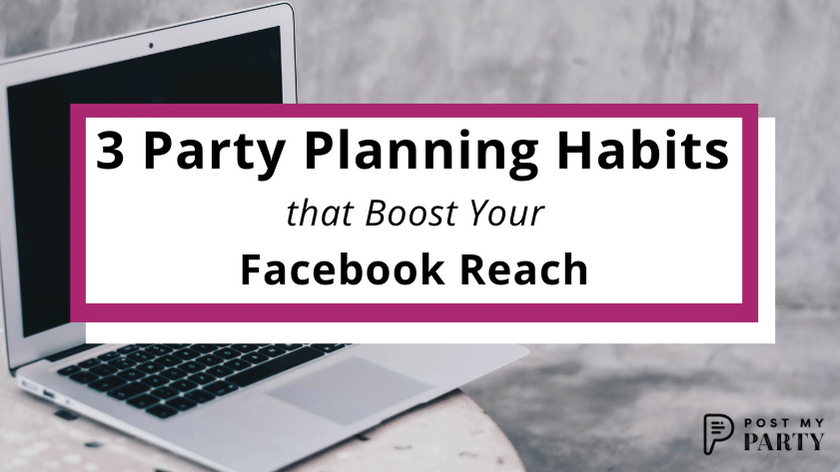 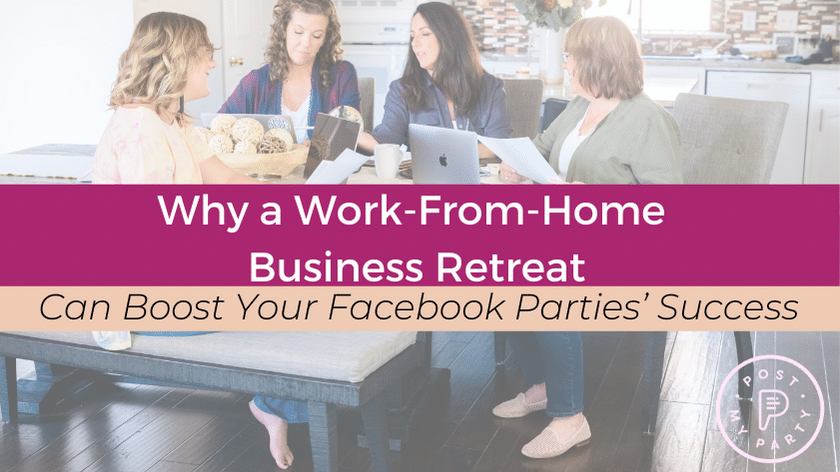 Schedule and Automate Your Party In 3 Minutes